4-H’ers from around the country recently participated in the National 4-H Poultry and Egg Conference at the Kentucky Fair and Exposition Center in Louisville. The conference offers the students a variety of opportunities to learn about the poultry and egg industries, while also providing an opportunity to interact with industry leaders. The USPOULTRY Foundation is a long-time sponsor of the event, and support for the Conference is made possible in part by a Foundation gift from Amick Farms.

The Conference hosted more than 130 4-H’ers from 24 states, allowing them to compete in events that help them learn to formulate and defend decisions, speak publicly and expand their poultry-related skills. Opportunities included five separate competitive events: poultry judging, chicken barbecuing, turkey barbecuing, an egg preparation demonstration, and an avian bowl (a game of poultry and egg jeopardy). Poultry and egg industry leaders also participated in a Poultry Careers workshop, exposing the 4-Hers to valuable information about career and educational opportunities in the poultry and egg industries.

The team from Texas (Marisa Goode, Summer Halbert, Scarlett James and Victoria Lowe) was named the top team overall, and Georgia’s Lexi Pritchard was named the top overall individual. Barbara Jenkins, vice president of education and student programs for USPOULTRY and executive director of the USPOULTRY Foundation, presented the awards. 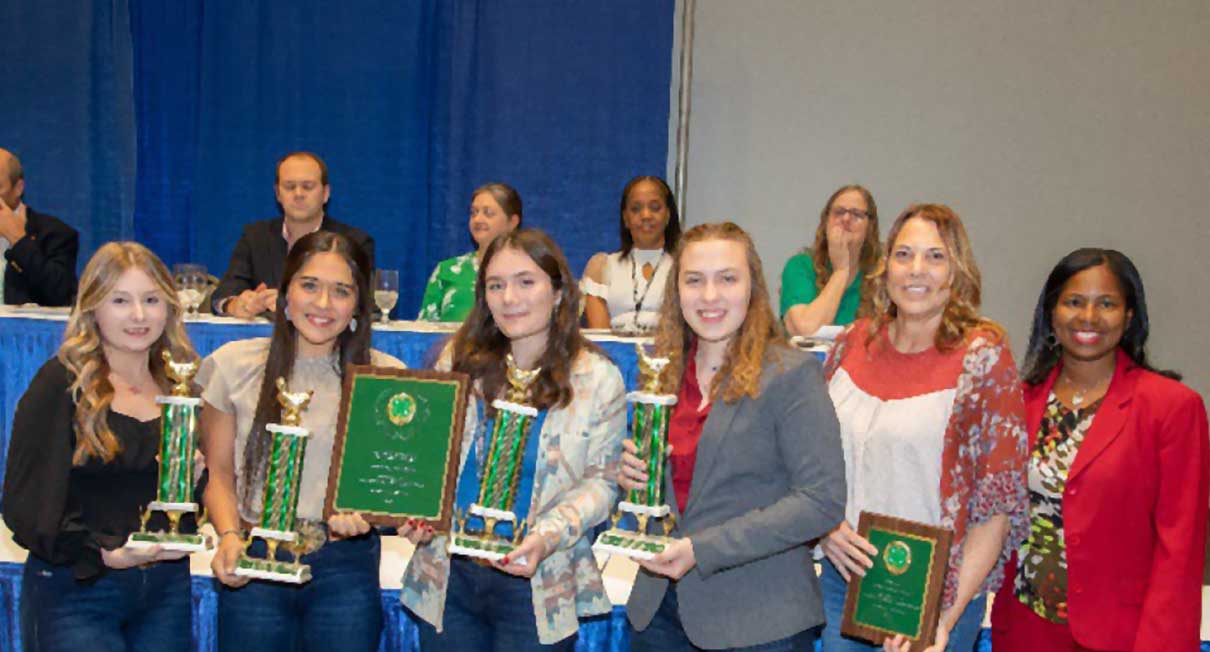